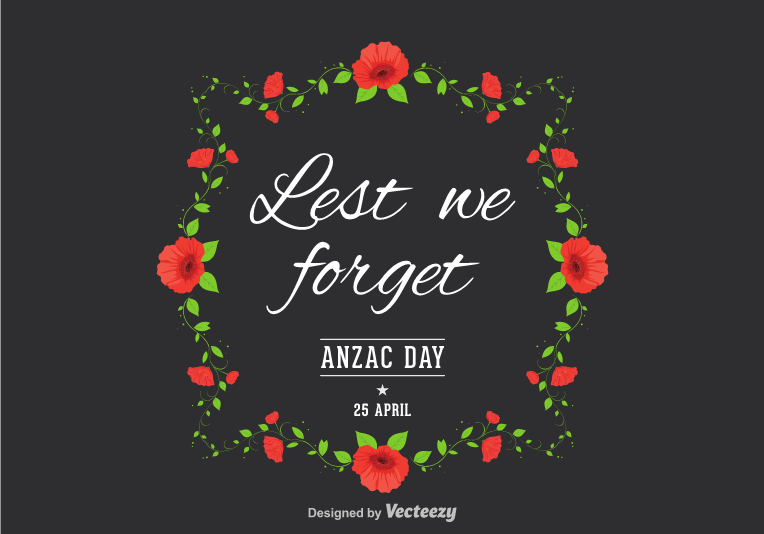 Wikipedia describes ANZAC Day as “a national day of remembrance in Australia and New Zealand that broadly commemorates all Australians and New Zealanders who served and died in all wars, conflicts, and peacekeeping operations and the contribution and suffering of all those who have served” Due to the restrictions imposed on public gatherings due to COVID-19, our family, like so many others across Australia and New Zealand, got up today before dawn to stand in front of our home, and held candles, wreaths, sprigs of rosemary and poppies to honour all those who have served our country in war.

It took me back to when we had just arrived in Australia days earlier and knew nothing about ANZAC Day. We knew the day was a public holiday, but we had not properly realised its significance. Instead, we set off that morning on the train into the city of Perth to catch a ferry across the Swan River to visit the zoo.

Moments after we got off the train our progress was halted at St. George’s Terrace by the ANZAC Day parade, and it was the most wonderful interruption! Crowds of people lined the street for as far as the eye could see, assembled to watch the parade of old and young marching with various bands. Regiments from near and far were represented, holding flags and banners, and waving at the crowds of people honouring their service and the sacrifice of those who have died fighting for their country.

What has remained in my mind very clearly of that day was the sight of a very old man wearing his military blazer adorned with ribbons and badges, walking as upright as his old, bent bones would allow, and marching in time to the beat of the drum ahead of him, proud and brave, and solemn. It occurred to me that he had probably marched in every ANZAC Day parade for as long as he’d been back from war and would continue to do so for every ANZAC Day left to him. I wondered if he was thinking of battles fought, fears faced, and friends lost.

I haven’t been so touched by an unexpected interruption to my plans than by that morning parade and the people we came across on our way to a day at the zoo. We were looking for a single solution that would help our parents share the (interesting) bits of their life stories, allow us to record our own special moments and memories, and celebrate our kid’s milestones and adventures. Looking for more information or keen to share some feedback?